War on the Western Front

The reasons for the stalemate on the Western Front

Origins of the Schlieffen Plan 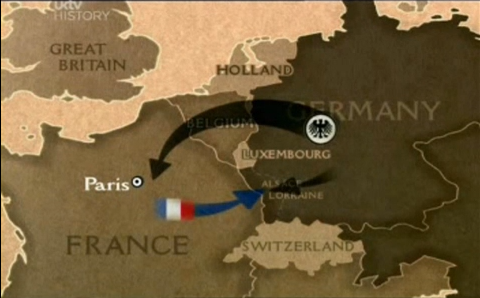 Modifications/ Why the Plan failed 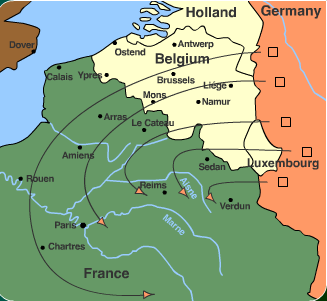 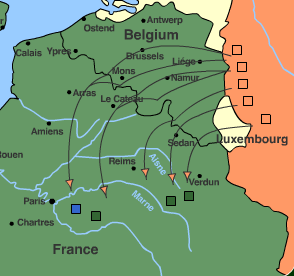 Continuation of the Stalemate

The allied and central powers all attempted to break the stalemate in 1915:

In 1916, the Germans attempted to destroy the French at the Battle of Verdun and the British responded at the Battle of Somme. These battles focused on attrition (wearing down) rather than on achieving a breakthrough and resuming a war of movement.

The stalemate continued until 1918 because:

Summary of the Stalemate and its Continuation 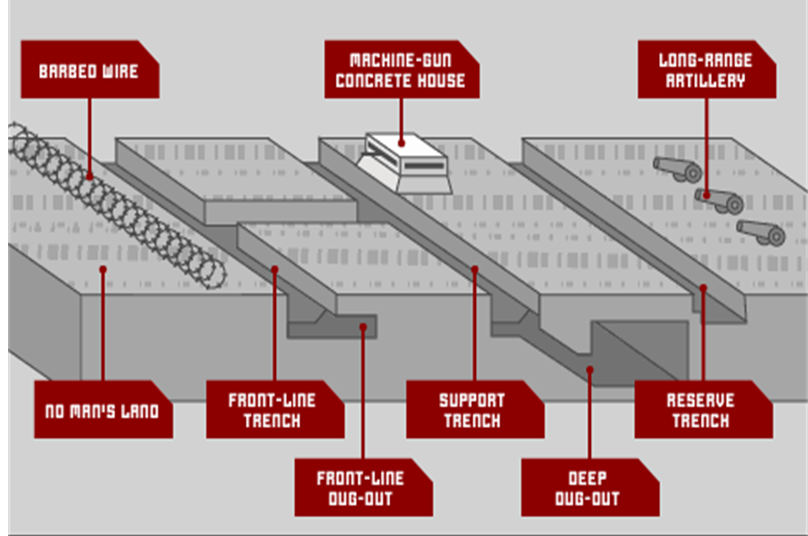 Features of a trench 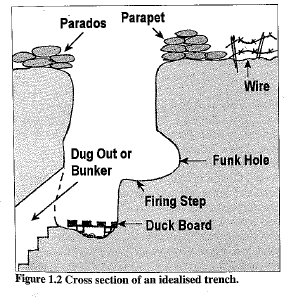 For most of the war, commanders continued to rely on:

Experiences in the Trenches

Overview of strategies and tactics to break the stalemate including key battles: Verdun, Passchendaele and The Somme

Battle of Verdun: The attempt to ‘bleed the French white’ 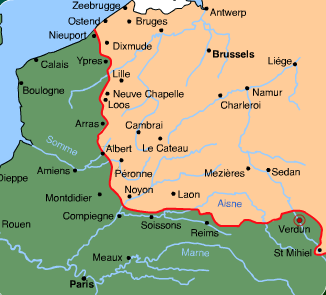 The nature of fighting

Battle of the Somme: The Issue of Leadership

Nature and Consequences of Fighting

The introduction of the tank

In late November 1916, with the onset of winter weather conditions, including heavy snowfalls, General Haig decided to call a halt to the Somme campaign. By this time, one million Allied and German soldiers were dead and the Allies had gained, at most, only 12km’s of territory.

Battle of Passchendaele: The War of Mud

The Battle of the Somme

The changing attitude of Allied and German soldiers over time

1915: Still there and growing disillusioned

‘A land fit for heroes?’

The home fronts in Britain and Germany

By 1918 there were 258 laws that imposed restrictions on everything

The effectiveness of Germany’s organization for total war

Recruitment, conscription, censorship and propaganda in Britain and Germany

The effectiveness of German Propaganda

The fall of conscription rates

At the start of the war the main aim of propaganda was to:

From 1916 the tone of propaganda changed:

The Church and Propaganda

Early response to the war

The appearance of opposition

The nature of British opposition to the war

The growth of opposition to the war

Why did Britain experience so little anti-war dissent?

Early response to the war

The growth of opposition

Women and the Munitions Industry

Women Outside of the Munitions Factories

Women in the Armed Services

Women and the Trade Unions

The war had stimulated women’s consciousness of their value.

The War and Female Suffrage

The Social Impact of the War on Women

Impact of the Russian Withdrawal

The Impact of the American Expeditionary Force

Events leading to the Armistice, 1918

The allied home front had also proved its worth in 1918. After the initial retreat of the spring offensive, with the loss of life and armament, the allied home front responded with new tanks, mortars, shells and guns. By July 1918 the British provided troops with more guns than they had before the spring offensive and battalions were well fed, well supplied and reinforced with tanks.

Collapse of the German Morale

The defeat of the central powers

Germany’s allies were collapsing in Greece and Bulgaria as the will of the central powers disintegrated, Ludendorff and Hindenburg advised Kaiser Wilhelm II to arrange a German armistice with President Wilson as facilitator. According to historian Dennis Winter “The war ended as abruptly as it begun”

Reasons for the Allied victory and German collapse

The roles and differing goals of Clemenceau, Lloyd George and Wilson in creating the Treaty of Versailles

Germany signed the treaty of Versailles on the 28th June 1919. 5 years to the day since the assassination of Franz Ferdinand at Sarajevo.

Germany and the Treaty of Versailles

The League of Nations