Using the fact that the square of a real number is always greater than or equal to zero allows us to solve more complicated inequalities. As a simple exercise using

, let’s prove the following relationships where

The methods of obtaining many inequality relationships involve:

The following examples demonstrate how these concepts can be used in establishing inequality relationships.

Summing up the LHS and RHS, we have

Now, we can substitute

without loss of generality.

Which is clearly true,

are positive real numbers and

Numerator is greater than 0.

Since the denominator is also greater than 0, therefore

be positive integers with

(iv) For integers, prove that

To maximise this, we solve for

Therefore, it is a maximum.

From iii), we have

Multiplying both sides, we get

One of the inequalities that we have looked at earlier

is a famous inequality which states the geometric mean of two positive numbers is always less than or equal to the arithmetic mean. The inequality can also be generalised for terms and gives:

Note: Students are not allowed to assume the above inequality in examinations.

In fact, we can extend the above inequality further into the following inequality.

Another famous inequality is the Cauchy-Schwartz Inequality which states:

Note: these two above inequalities are important to know and understand but they are not mentioned in the syllabus thus students are not required to learn these.

Application of Calculus in Inequalities

Differential calculus can be applied to prove inequalities that require us to show whether a function is increasing or decreasing on a given interval.

If the question requires us to show

and vice versa for decreasing functions.

Note: The above method can also be applied for second and higher derivatives if the first derivative is insufficient to prove

Integral calculus is the other branch of calculus that can be applied to prove inequalities and of course, on the bases that we are able to integrate the inequalities. Now consider the following diagram, 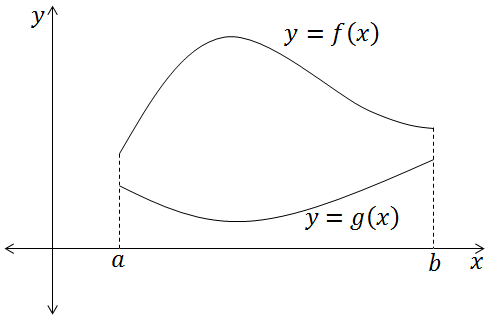 We can see that,

Note: In many inequality questions, integral calculus is often used in conjunction with differential calculus.

Let’s now look at some examples!

. Show that the graph of

is concave up for

(iii) By considering the first two derivatives of

is always decreasing and is equal to 0 for

From i), we know that

, and is concave up.

since it starts at 0 and is increasing. 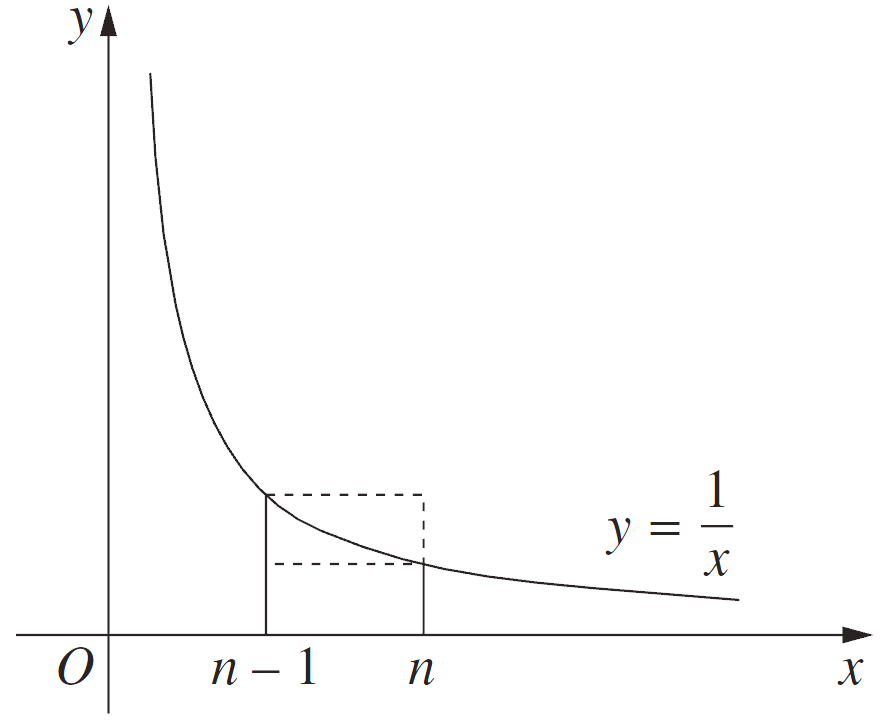 be a positive integer greater than 1.

The area of the region under the curve

is between the areas of two rectangles, as shown in the diagram.

(iv) Hence show that for

Raise iii) to the power of

. In the Extension 2 course, the problems will be a lot more difficult and so to solve them more efficiently, we will be using both the algebraic and graphical methods.

The following examples demonstrate how we can use both the algebraic and graphical methods to solve harder inequations.

Solve the following inequality for

, we can multiply both sides without changing sign (noting also that our final answer is now restricted to

Below is the plot the cubic on the LHS: 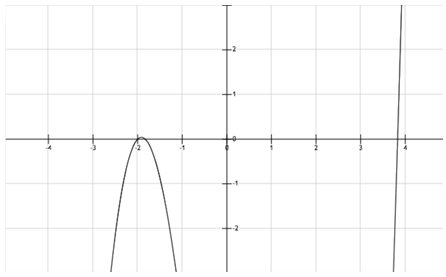 Thus, the inequality holds when

Solve the following inequality for

When this is true, the numerator will be positive. Thus, for the LHS to be positive, we only require that the denominator also be positive.

is only true when

Thus, combining these, we have

When this is true, the numerator will be negative. Thus for the LHS to be positive, we only require the denominator to be negative.

is only true when

Thus, combining these, we have no solution for this case.

Therefore, the overall solutions is