This topic introduces students to some of the uses of the differential calculus within mathematics and shows some of the applications in real world problems. To encompass a firm understanding of this topic, students should ensure that the “Introductory Calculus” topic from the preliminary course is well understood.

Recall that the derivative of a function,

, gives the gradient of the graph of the function at any point

lying on the curve. From this we have the following table describing the signs of the derivative, the gradient and the action of the function.

If the derivative is positive at the point

, then the functional value is said to be increasing at the point

. Similarly, if the derivative is negative at the point

, then the function is said to be decreasing its value or simply decreasing at the point

. Last and most importantly, if the gradient is zero (that is, the tangent is horizontal) at the point

, then the functional value is said to be stationary. The graph below of the function, indicates the described situations. 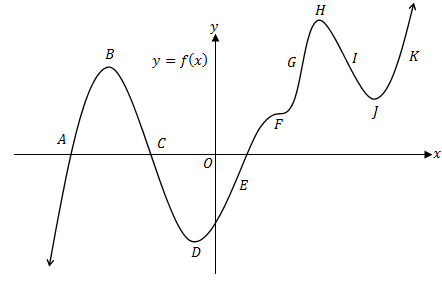 As the name suggests, these points are the maximum either within their locality, or throughout the whole curve. The former type of maximum stationary points are called local maxima, the latter are called globular maxima. An example of such points is shown below. 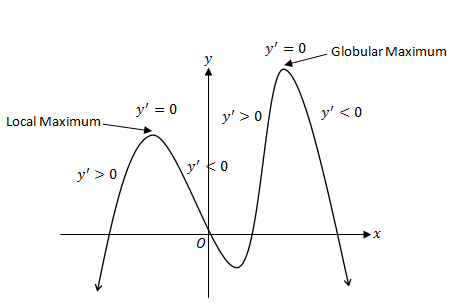 Such points form a minimum either within their locality, or throughout the whole curve. As for the maxima, the former type are named local minima and the latter are named globular minima. An example of such points is shown below. 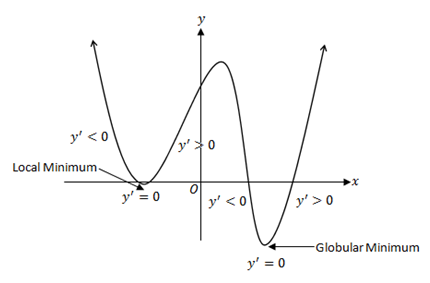 These points are stationary points where the concavity of the graph changes. They essentially have one of the forms shown below.

Stationary points may be found by setting the first derivative to zero, and solving the subsequent equation for the respective

Note: For the above question, notice that due to the continuity of the function, we could have simply skipped the testing process at

, as if there were to be a change of the sign of the gradient between

then there must exist a stationary point. Ergo, we simply do not bother testing the function’s derivative at

since the gradient is the same as that at

On a point on a curve;

Consider the below examples of such curves, and their second differential values. 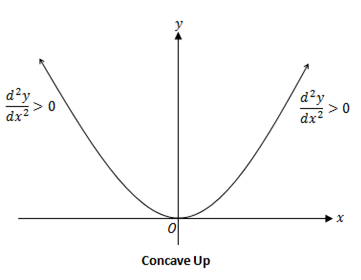 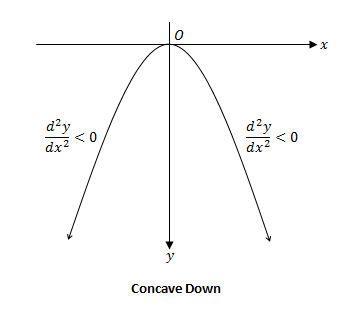 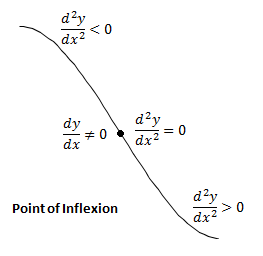 . Both the first and second derivative are equal to zero at

is a minimum stationary point, not a horizontal point of inflection.

The techniques we have so far found may be used to sketch curves. Below is a table that indicates the main features that are required in a sketch of a curve.

Here we look at an example to illustrate the algorithm above.

The next example illustrates a harder curve with points at which it is undefined.

Questions in this topic typically involve real life physical problems, but may at times involve other phenomena such as economic fluctuations, and in those cases, one will be given the relation between the independent and dependent variable. The table below illustrates the steps required to complete such questions.

We shall illustrate this algorithm in the example below.

Having looked at the process involved with a simple question, we shall now look at a slightly more difficult question.

In this section of the notes, we answer the question, can we obtain the function

? Now, suppose that we have

that satisfies this? The answer is yes and the process is called finding the “primitive” where

is the primitive of

. Such an example would be

. However, this is not the only example. Another would be

and so on. In fact the value of

may be any one of a family of curves given by

is a constant. This slightly complicates the process of finding the function, given the derivative. A general rule for finding the primitive of such terms is,

is a real number and

is a constant. If one is given a specific value of the function at a point, then it is possible to find the value of the constant.

Another rather useful rule is the corresponding rule for the linear power rule of differentiation.

is a real number unequal to

is a non zero number and