A projectile is any object that is moving freely through space without any power source driving it (eg motor or propeller engine). The analysis of the motion of such objects can occur in

A projectile moving in 1 dimension means that the projectile is can only move in 2 directions (e.g. up or down, left or right, forwards or backwards). Solving projectile motion questions in 1 dimension requires the following equations of motion: Manipulation of the above equations will allow you to get the quantity which the question wants you to calculate. A good example would be a free-falling projectile.

In these cases, the only force acting on a projectile is the weight force (otherwise known as gravity). Therefore, the projectile will experience a constant acceleration downwards.

Here, the object can move along two different ‘directions’. E.g. a rocket launched at an angle will be travelling forwards as well as upwards. A key property of projectiles moving in 2 dimensions is that it can be split into two different components: 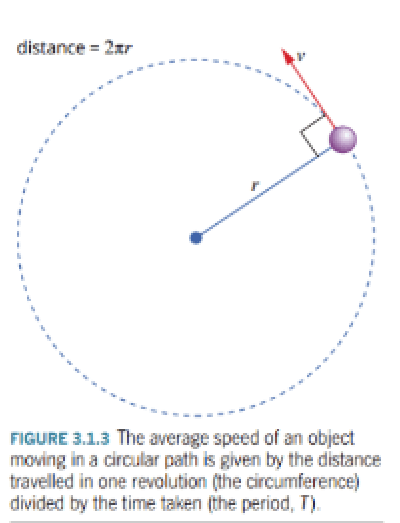 The centripetal force is given by the following formula:

Using Newton’s Law we can deduce that the centripetal acceleration is:

The time required to travel around the circle is called the period, T, of the motion. The number of rotations each second is called the frequency, f, of the motion. These two quantities can be related through the following equation: The angular velocity is the angle of rotation in a given time. The angular velocity is given by:

The most important concept here is the conservation of mechanical energy. Sometimes energy is dissipated or transformed into light, heat and/or sound and thus the total energy of the system is reduced. In a problem question, an external force usually refers to friction or a thrust force from an engine. Therefore, the conservation of mechanical energy would apply given that no other forms of energy are involved (e.g. heat, sound and/or light). The above concept is most often used to calculate the speed of the moving object at certain points in the circular motion (particularly vertical circular motion).

Work and energy are scalar quantities measured in Joules. To find the work done on an object, use the net force. In the context of circular motion

This involves an object rotating around a pivot point. E.g. closing a door or turning a steering wheel. In these situations, the force acts to provide a turning effect or torque ( Torque is a vector, so it has a magnitude and a direction. The amount of torque applied on an object is directly proportional to the perpendicular distance between the pivot point and the line of action of the force. This perpendicular distance is called the force arm. 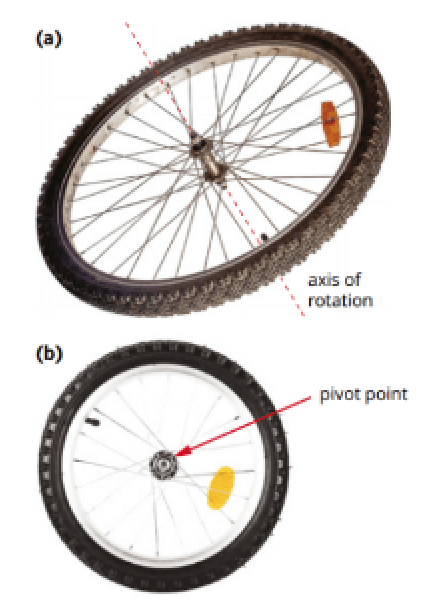 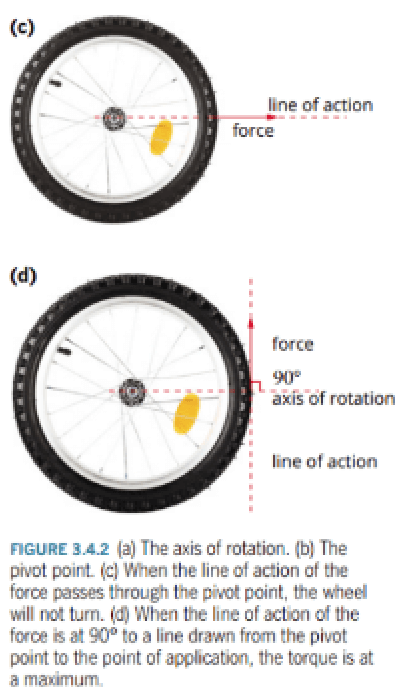 It is only the component of the force which is perpendicular to the line of action which generates effective torque. The torque equation is given by:

Note that the above 2 equations are equivalent. To convert between the two formulas requires use of trigonometry. An example of this conversion in the context of an opening door can be seen below: 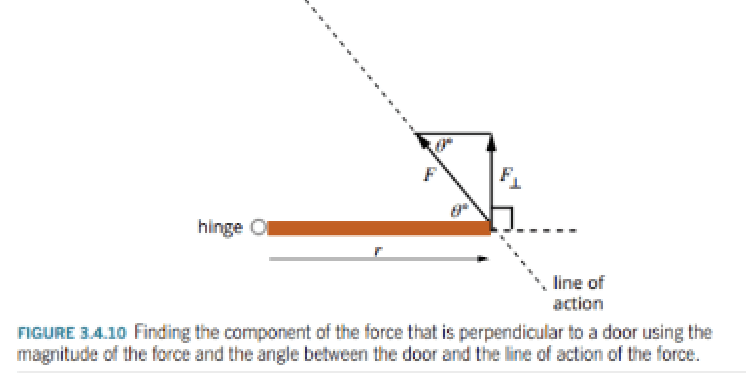 Banked tracks Often tracks are tilted at an angle to provide additional forces to allow vehicles to negotiate a sharp corner without slipping. The banked track allows the vehicle to take advantage of the normal reaction force from the road to provide the centripetal force. The design speed is the speed at which a vehicle can negotiate a banked track with 0 sideways friction. The situation is illustrated as follows:

It is crucial to draw a force diagram to figure out what is going on.

A mass on a string

The situation here is that a mass is tied to a string and travels in uniform circular motion at a level below the point at which the string is attached to the pole. See diagram below: 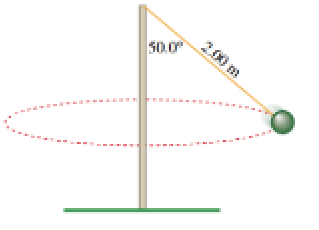 The tension in the string is the force which provides the centripetal force.

This measures the gravitational force of attraction of between two objects. The direction is usually towards the object with larger central mass. G can also be found on other planets by:

This equation assumes that the mass of Earth is uniformly distributed. This value of g is also the value of free fall acceleration at the point.

Satellites orbit the Earth at high, medium and light orbit.

For every planet, the ratio of the cube of the average orbital radius, r, to the square of the period, T, of revolution is the same.

Escape velocity is the minimum velocity at which an object is able to escape the influence of gravity. As the rocket gets closer to the edge of the atmosphere, it can be assumed that no energy is being dissipated as heat because there is no air resistance. No work is being done by an external force so mechanical energy is conserved. Note: Gravitational force still does negative work. Thus kinetic energy is converted into potential energy. Therefore loss in kinetic energy = Gain in potential energy. Note, this can be generalised as:

It can be seen that the mass of the object does not come into play when calculating its escape velocity. Thus escape velocity is uniform regardless of object launched from a planet. The launch velocity of a rocket does not have to be vertical. Even if it is launched parallel to the surface of the Earth, it will have enough kinetic energy to achieve the gain in potential energy to escape the Earth’s gravitational field as long as its initial speed > Ve.

The zero reference point for G.P.E calculation in space is set at a point which is outside the influence of the gravitational field of the object. i.e. an infinite distance from the object. Thus Ep is the amount of energy required to move an object from a point in the gravitational field to the zero reference point. When Ep = 0, the object is outside the gravitational field. At a position very far from Earth, gravitational attraction is negligible. Thus 0 Ep. If it moves closer to Earth, it is losing GPE hence it is negative. Likewise, to reach the infinite point, positive work needs to be done to move object. If object ends up with negative Ep it follows that object has negative Ep closer to Earth. When performing calculations on satellites, mass of Earth and mass of satellite is used in the Ep equation. Thus to calculate the change in Ep between two points for a satellite, use: