Mutation: random changing of a gene that results in genetic variation.

7.1 – Explain how a range of mutagens operate, including but not limited to:

Energy from radiation sources displaces an electron from its shell → creates an ion with charge → breaks chemical bonds → damages DNA.

Base analogues: chemicals that replace bases → DNA does not have correct base sequence and cannot function.

Interfere with oncogenes and tumour-suppressor genes.

– Cause errors in replication and chromosome duplication.

– Insert themselves into the middle of a gene → stops gene functioning.

7.2 – Compare the causes, processes and effects of different types of mutation, including but not limited to: – point mutation – chromosomal mutation 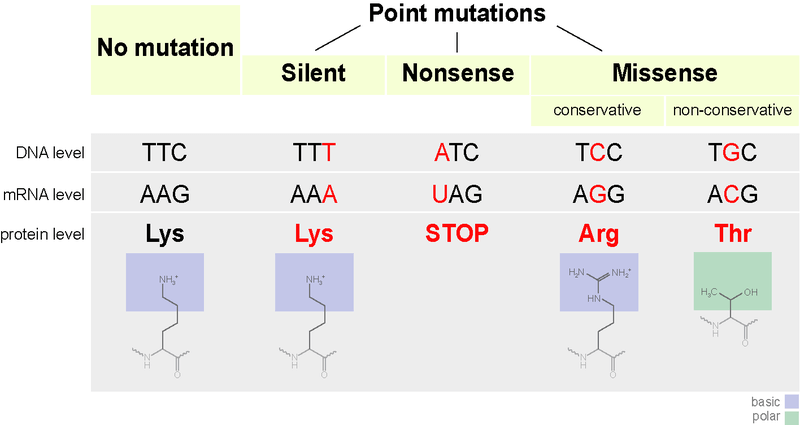 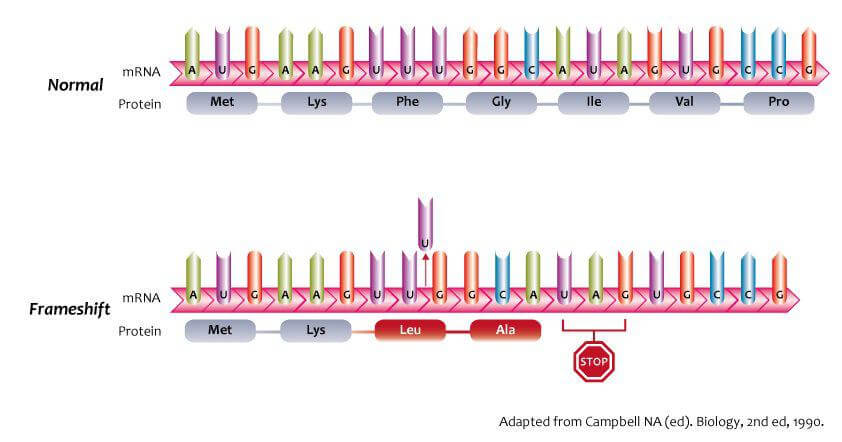 7.4 – Assess the significance of ‘coding’ and ‘non-coding’ DNA segments in the process of mutation

Thus, despite mutations occurring in non-coding parts of DNA they still have significant health consequences.

7.5 – Investigate the causes of genetic variation relating to the processes of fertilisation, meiosis and mutation

The processes that cause genetic variation are, 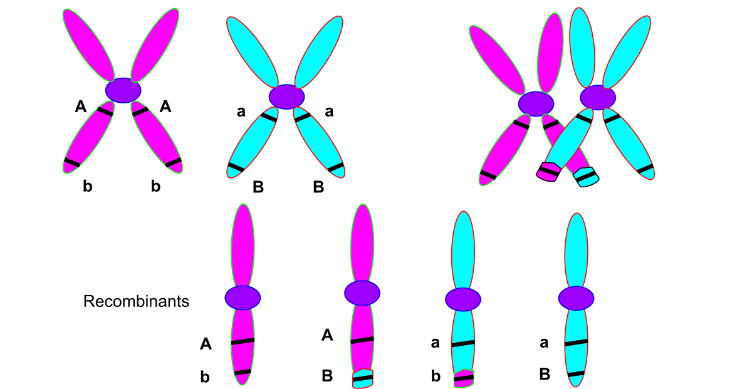 7.6 – Evaluate the effect of mutation, gene flow and genetic drift on the gene pool of populations

Gene pool: all the genes in a population.

Genetic drift: random change in allele frequency by chance (unlike natural selection which is not based on chance but on which alleles are most favourable).

Gene flow: passing on genetic material from one population to another e.g. pollen blown to a new area.

8.1 – Investigate the uses and applications of biotechnology (past, present and future), including:

Analysing the social implications and ethical uses of biotechnology, including plant and animal examples

Fermentation: Microorganisms breakdown sugar in an anaerobic environment. This process was used to make bread, wine and cheese.

– Researching future directions of the use of biotechnology

Genetic techniques have both decreased and conserved biodiversity in different ways.

9.1 – Investigate the uses and advantages of current genetic technologies that induce genetic change

NOTE IVF is not artificial insemination since the egg is fertilised outside the body.

Artificial pollination: Remove pollen and brush on stigma of plant.

9.2 – Compare the processes and outcomes of reproductive technologies, including but not limited to: – artificial insemination – artificial pollination

9.3 – Investigate and assess the effectiveness of cloning, including but not limited to: – whole organism cloning – gene cloning

9.4 – Describe techniques and applications used in recombinant DNA technology, for example: – the development of transgenic organisms in agricultural and medical applications

Transgenic species: genes from species introduced into another species’ genome.

In step 5 the plasmids enter the bacteria in 1 of 2 ways:

Bt cotton (Bacillus thuringiensis): Naturally produces chemicals that kill insects. There is no longer a need for pesticides. The gene is isolated from the bacteria which produces a toxic protein harmless to humans and most animals.

9.5 – Evaluate the benefits of using genetic technologies in agricultural, medical and industrial applications

– Breeding animals for higher quality food + improves efficiency of food production. However there has been a decrease in fertility of cattle and horses since the introduction of this technology.

– Beef and dairy cattle have been cloned to increase food production in agriculture e.g. in China pigs are being cloned to feed the large population. However these food products have not yet been deemed safe in Australia.

– Gene cloning = determine effect of environment on gene expression, examine mutations that lead to disease and understand the function of a gene e.g. it was found that a mutation to BRCA1 gene has a negative effect on the PTEN gene which causes uncontrolled cell division and leads to a tumour = breast cancer.

9.6 – Evaluate the effect on biodiversity of using biotechnology in agriculture

Look in 8.1 for effects of biotechnology on biodiversity.

9.7 – Interpret a range of secondary sources to assess the influence of social, economic and cultural contexts on a range of biotechnologies

Social: Areas where science is widely accepted enables the use of biotechnologies.

Economic: Wealthier countries/areas can afford to purchase and sustain biotechnologies.

Cultural: Positive reactions to change from people in an area where religion is not a governing force enables and encourages use of biotechnologies since science does not clash with cultural values.