Determining mode of inheritance from pedigrees

Determining mode of inheritance from pedigrees

Part of the HSC Biology course involves interpreting pedigrees and determining the mode of inheritance of a particular trait. The key is to look for patterns and analyse the pedigree systematically.

We determine the mode of inheritance by ruling out all other possibilities as much as possible. 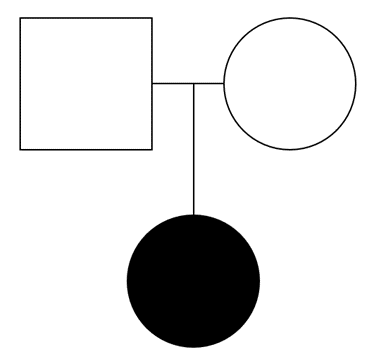 Once we have decided that the trait is recessive, we can determine whether it is autosomal or sex-linked. Y-linked traits are extremely rare and can be ruled out as soon as we see a female expressing the trait (coloured circle). So then it is a matter to choosing between autosomal and X-linked inheritance.

To show a trait is autosomal recessive, we need to show it is not X-linked recessive. This can be clearly spotted when a female with the trait has parents without the trait. If the trait were X-linked, the father would only have one copy of the allele – the dominant allele (XD) , since he does not express the trait. He would then inevitably pass on this dominant allele to his daughter, but she cannot possibly possess this allele since she does express the trait (so she would be XdXd). Therefore it is impossible for the trait to be sex-linked. 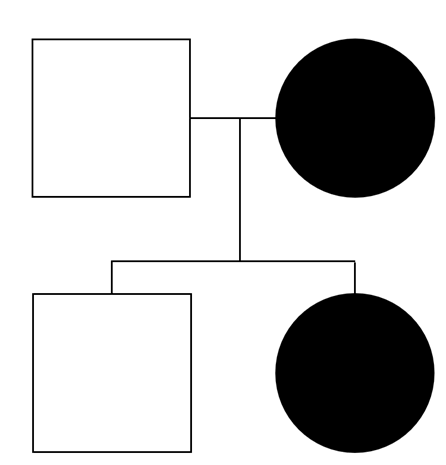 It is not usually possible to definitively rule out autosomal inheritance to confirm X-linkage. However, there are certain patterns that strongly suggest X-linkage. For example, a family where a male parent without the trait (XDY) and a female parent expressing the trait (XdXd) with 100% male expression and 0% female expression implies X-linkage. This is because all male offspring would inherit the recessive allele from their mother (and be XdY) while all female offspring would inherit the dominant allele from their father (and be XDXd).

To show a trait is dominant, we need to find some evidence to show that it is not recessive. The most obvious way we see this is if two parents with the trait have one or more offspring without the trait. This would be impossible if the trait were recessive, as both parents would be homozygous recessive, so it would not be possible for a child to have the dominant allele. 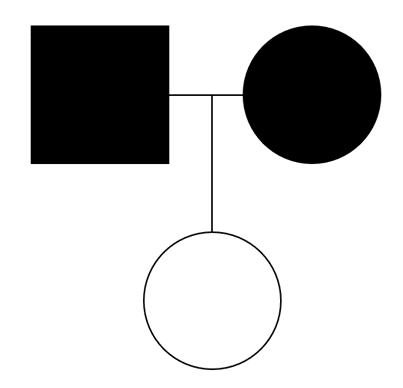 Once we have established that a trait is dominant, in order to show that it is autosomal, we need to rule out the possibility of X-linkage. 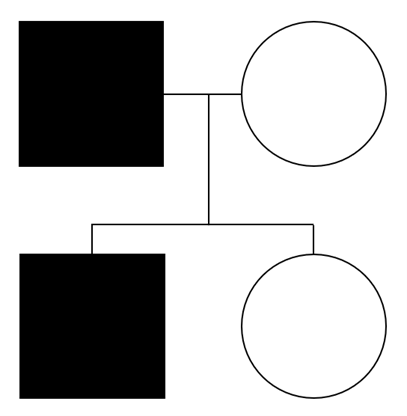